Nawaz is Gone- An Across The Mountains Perspective.

Many Kashmiris who have made the pilgrimage to Pakistan tell me that among other things, understanding Pakistani resentment against the Sharifs is difficult and complex. Complexity is a word Kashmiris have a lot of respect for. For too long, we have been victims of false, lazy binaries ourselves. Today, as Pakistanis choose either to celebrate the 'draining of the swamp' or remorse another civilian leader downed, we look from across the mountains and sigh. We are so much alike, unfortunately.

How Kashmiris feel for Pakistan is complicated, but suffice it to say - we care. Actually, we care a lot. Pakistan is not just a state for us juxtaposed against an oppressive India. It is a movement, of which many Kashmiris consider their political struggle a continuum. And since our political aspirations also incorporate our moral goals, many view Pakistan (to a large extent) as the flag bearer of that morality. From a strategic point of view therefore, Pakistan’s success, apparent or real, is critical. Pakistan the exoskeleton is as important as Pakistan the endoskeleton. A strong, stable, democratic, Islamic Republic of Pakistan is as important to us as a Pakistan led by an apparent 'sadiq' and 'amin'. Some will say, more important. From that perspective, we ask, (and some of us beg to ask), if ousting a sitting, elected prime minister yet again is great news?

We wonder that perhaps at the heart of this lies a common truth - of our inherent hypocrisies and convenient inability to recognize them. In Kashmir, we vote, and protest the people we vote for. Then vote for them again. And then sometimes choose not to vote. There are nuances to our choices- persecution, personal favors, power and deception. But still, it is hard to morally justify much of what we do. And yet a part of us wants Pakistan and Pakistanis to be different. 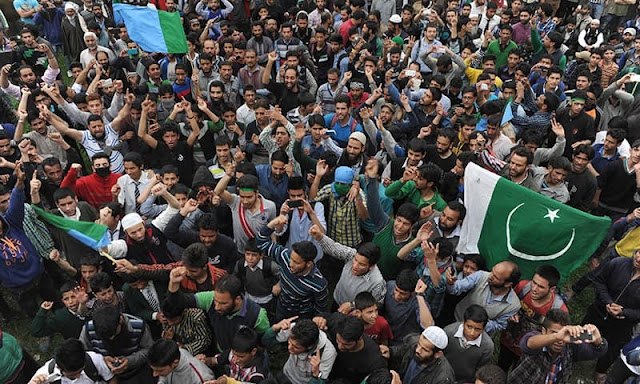 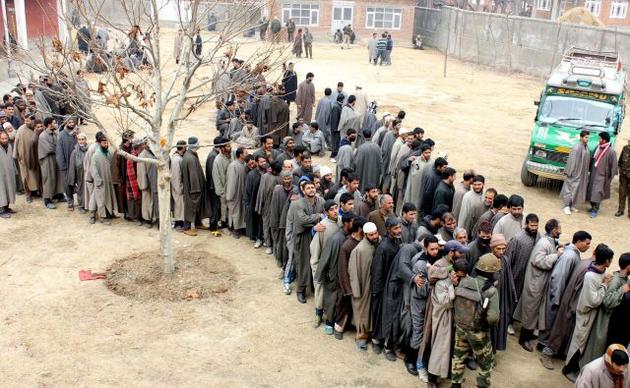 Kashmiris queue to vote in the assembly elections (2014)

Is Pakistan any different? Are there many Pakistans? One that is honest, incorruptible, “sadiq” and “amin” and one that is not? Or do both Pakistan’s exist at the same time? Within the same people? Like they do in us? That one moment we set out to march for freedom, ready to sacrifice all for our just cause, and the other, we work to defeat that very same cause.

Because a lot of why Nawaz was brought down was already known when a majority of Pakistanis elected him, we start to wonder. We also ask how many Pakistanis hold the military, or the judiciary but most importantly, themselves to the same standards that they do their politicians- Nawaz in this case? How many of the people distributing sweets today can call themselves “sadiq” and “amin”? Sheikh Rasheed?
You, dear reader?

From across the mountains, only one reminder - that justice be blind, morality be consistent. Nawaz has been taken down, by a court of justice and others, and if this has to be good news he cannot be the last. There are complex dynamics behind today’s decision, of shadows in the bright light, we are aware. It is likely that multiple power structures in Pakistan will always remain, like in many nation-states including India. What we hope for is universal accountability. And an absence of hypocrisy. If Pakistan is to succeed, good cannot become a tool for evil. If so, Pakistan risks becoming a victim of its own professed self-righteousness, used and disposed when no longer needed.

Nawaz is Gone- An Across The Mountains Perspective.

Many Kashmiris who have made the pilgrimage to Pakistan tell me that among other things, understanding Pakistani resentment again... 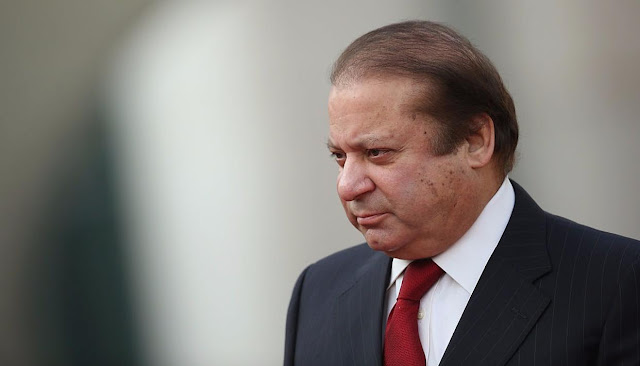